Among a chiropractor’s many skills is the art of spinal manipulation to relieve pain and correct muscle imbalances. Back and neck pain are the leading reasons people miss work and visit their doctors. In many of these cases, muscle strains or sprains are causing the backache with tight muscles pulling on the vertebrae to move them out of place. This misalignment or subluxation of the vertebrae compresses the associated nerves to result in pain and stiffness. The goal of the chiropractor during spinal manipulation is to reposition the vertebrae to their original position and decompress the nerves thus stopping the pain. Spinal manipulation offers a conservative and non-surgical approach to care that both alleviates symptoms of discomfort and restores function.

Spinal manipulation, which is also referred to as spinal manipulative therapy or manual therapy, harnesses the body’s innate healing power by gently repositioning and aligning those vertebrae that have shifted. It serves to relieve pain, restore function, and help maintain homeostasis. The procedure involves the directed manipulation of joints and can be complemented by massage therapy, exercise, and physical therapy to reduce inflammation, and alleviate nerve impairment for improved comfort and function. With spinal manipulation back, neck, shoulder, and headache pain can be treated. In some cases, other disorders such as menstrual pain and sinus problems can also be addressed.

As an essential component of care in both Western and traditional Asian medicine, forms of manipulative spine therapy have been used for thousands of years and in many parts of the world. In fact, evidence found in both ancient Chinese text from China in 2700 B.C. and Greek text circa 1500 B.C. mention manipulation of the spine and legs to ease back pain. In the United States, Dr. Daniel David Palmer, who is considered the “father” of chiropractic care, first developed the theory that diseases were caused by spinal misalignments, which blocked the transmission of the body's own healing power through the nervous system, near the end of the nineteenth century. His ideas and findings form the basis of chiropractic medicine today. 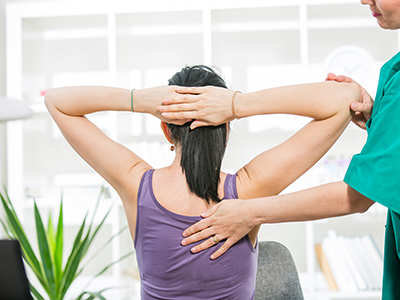